A veteran of New York City politics, Aaron Foldenauer has been recognized for his work addressing difficult policy issues and combating government corruption. After personally witnessing police officials seize political literature from members of the public in violation of the First Amendment of the U.S. Constitution, Aaron filed several legal complaints against the City of New York. Shortly thereafter, in response to complaints that Aaron filed, the City agreed to never again repeat that unlawful conduct. 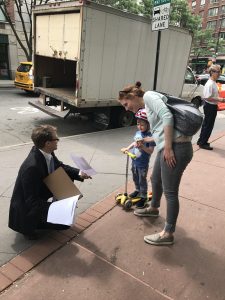 The Gotham Gazette recently recognized Aaron for his work as an “environmental advocate” in New York City politics. Aaron is passionate about both promoting a sustainable environment and healthy eating, views instilled in him while growing up. As a kid, Aaron worked on his family’s organic garden. He spent many hot summer days filling old milk jugs with water and tending to the garden to provide his large family with affordable, fresh fruits and vegetables. He has carried that early appreciation of the environment into his personal philosophy and has made environmental protection a cornerstone of his campaign.

The son of two school teachers, Aaron has a first-hand appreciation of investing in our children. Both of Aaron’s parents were elementary school teachers in the public schools, and they constantly encouraged him to succeed academically. Aaron went on to graduate as the valedictorian of his liberal arts school, Hampden-Sydney College, with a degree in economics. Building on that achievement and three years of experience as a successful business manager, he attended the University of Virginia School of Law, where he paid his own way through law school and graduated as one of the top students in his class.

Aaron has a long track record of public service. Given his interest in politics and journalism, he served as the News Editor of his college newspaper. After law school, he spent one year as a law clerk at the United States Court of Appeals for the Ninth Circuit, which reviews virtually all federal court decisions made within nine states.

Fulfilling a lifelong dream, Aaron relocated to New York City to accept employment at a top law firm. He has worked on leading business disputes and intellectual property lawsuits before government regulators and courts across the United States. Aaron has a reputation for tenacity and has earned a winning record despite battling some of the top litigators in the world for more than a decade. Ever since his arrival to New York City over fifteen years ago, Aaron has lived in the same apartment in Lower Manhattan. 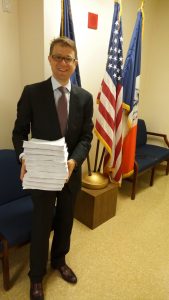 Aaron has been a champion for minority and female lawyers attempting to succeed as attorneys. For years, he served on the Diversity Committee of a large law firm, advocating for equal opportunities for minorities and women in the legal profession. In addition, Aaron has lectured at several law schools about legal strategy and how to succeed as a lawyer. He also served a three-year term on the New York City Bar Association’s Litigation Committee, which sponsors educational programs for practicing attorneys and evaluates proposed changes to court rules. As an attorney, Aaron has routinely stood up against wrongful conduct, including by representing a number of women and minorities who were victims of employment discrimination.

Furthermore, Aaron has been dedicated in providing free legal work to those who cannot afford it. For example, he successfully represented a youth mentoring organization in Washington Heights that was being harassed by another building occupant. Aaron eventually won this organization $50,000, the right to remain in its offices, and the right to bring its certified therapy dog into the building which it uses as part of its programming to comfort troubled teenagers. Aaron has also represented a number of low-income, local New York City artists who have faced significant legal challenges.

Aaron now wants to use his passion for the environment, along with his business, political, and legal experience, for an even greater purpose. Aaron is running to bring honest, passionate, and effective leadership and will fight tirelessly for the people of New York City. 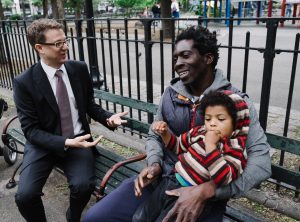